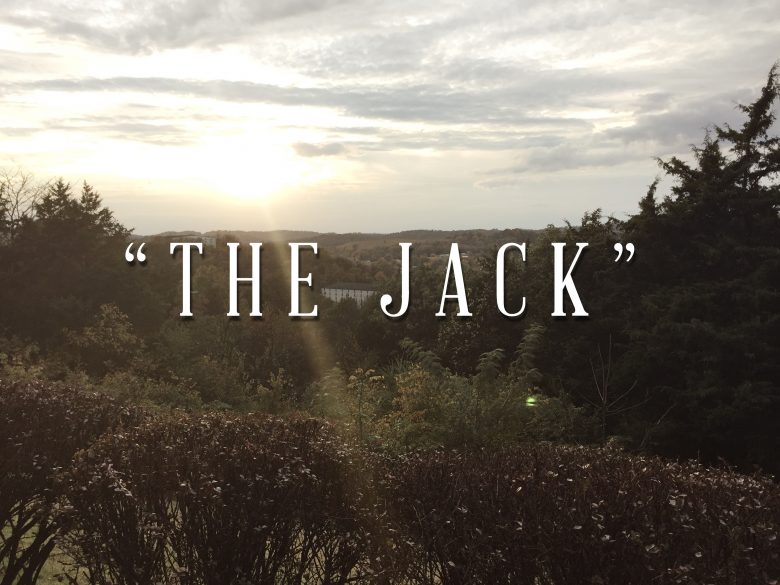 The smoke slowly rose from the holler before any smokers were lit as the morning sun warmed the dew covered fields. We made our way past old forgotten barns on roads lined with trees and falling autumn leaves. Pulling into the small town square of Lynchburg, Tennessee; I now understood the mystique that surrounds the “Jack” BBQ competition.

We were greeted by the security guard who chuckled as he referred to himself as “Barney,” claiming he only had one bullet while patting his chest. Pulling into our spot, which backed up to a small creek, I could tell this was going to be a competition I would never forget. 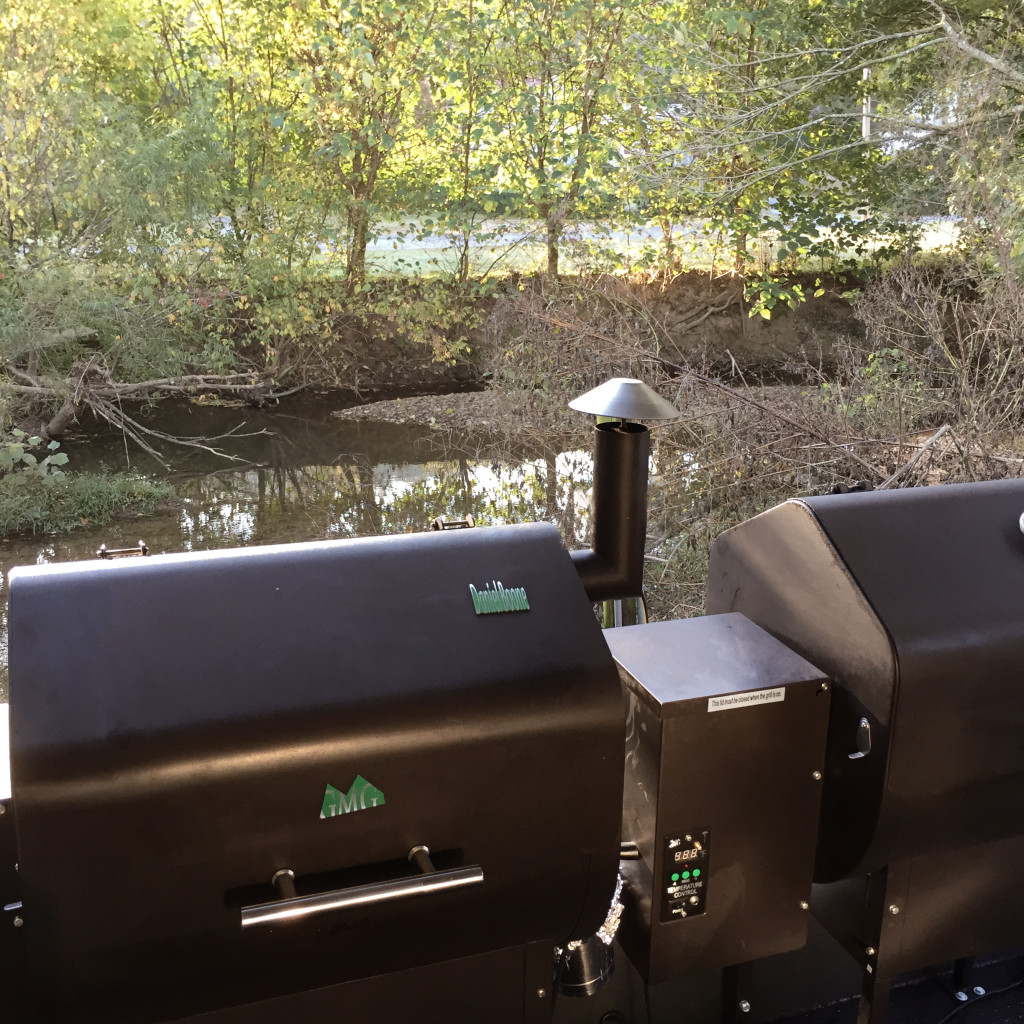 Throughout the morning teams from all over the world began to show up and set up their camps for the weekend, these were the top teams in the world and being amongst them felt like being in the Buckingham Palace of BBQ. 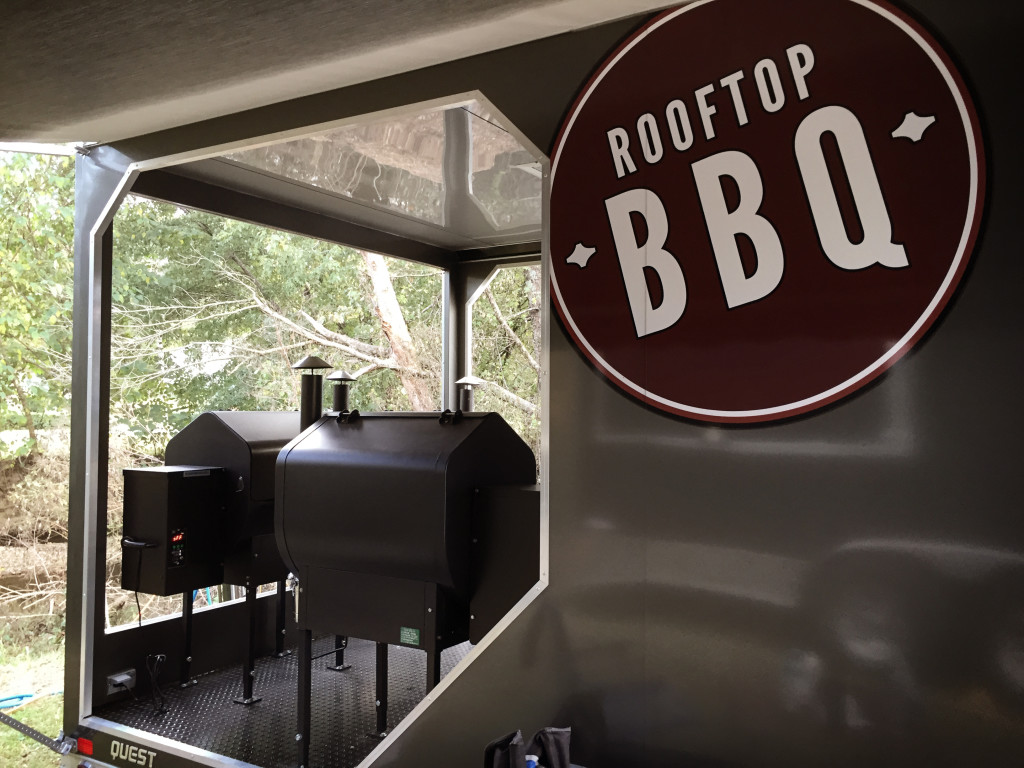 After getting the GMGs ready and setting up the camp, we made our way to the famous Miss Mary Bobo’s for a true Southern meal. Guests poured out the entry way; waiting for the 11am lunch bell to ring. We made our way up the stairs of the white boarding house to our room along with the rest of our dinning companions and were seated at a white linen table full of all the best southern food has to offer including fried chicken, okra and of course sweet tea. Our hostess joined us for the lunch, which is customary, and proceeded to give us a history lesson on Lynchburg that could rival any documentary. After the dishes were all passed around and feeling very satisfied we spent the rest of the day exploring the small town, visiting with teams and soaking in the holler. 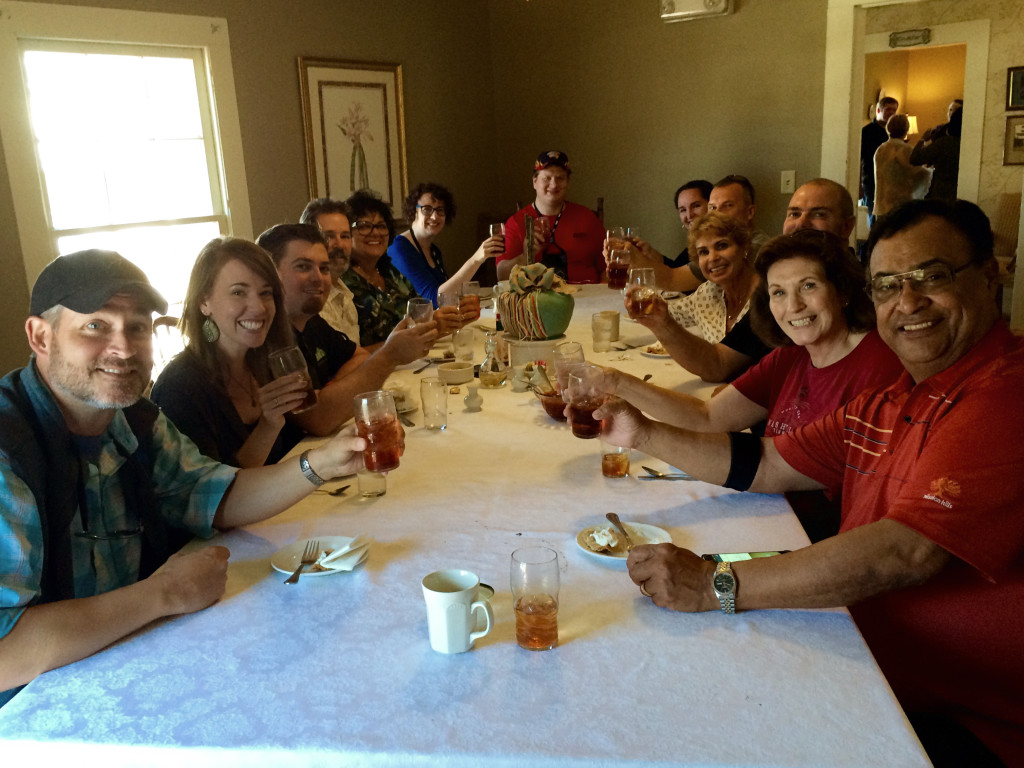 Friday morning we woke to the familiar dew covered ground and enjoyed watching the steam come off the creek behind our site like the cups of coffee in our hands. Before we had time to finish the coffee, the KCBS BBQ Representative came by to check our competition meat. That was our signal to get going and the start of the competition was on its way. Brisket and pork get the first attention and within a couple hours both were trimmed, injected and seasoned. Next on the to do list was presentation boxes (anyone who has done a competition knows how “fun” it is to make a box) after an hour we turned four 9×9 to-go boxes into works of art. 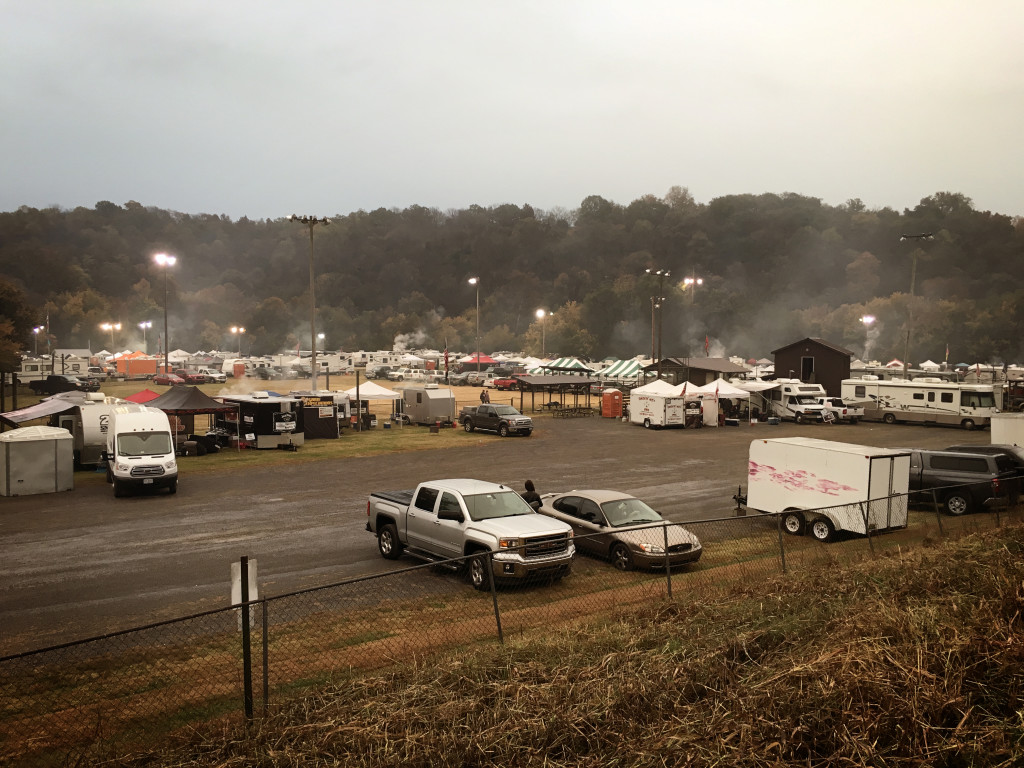 This is where things get a little different from a normal competition, as the usual process would have competition teams spend their time at their sites, maybe making dinner for a few of their fellow competitors. But at “the Jack,” Friday night is designated for “BBQ Hill.” This is what makes “the Jack,” “THE JACK.” 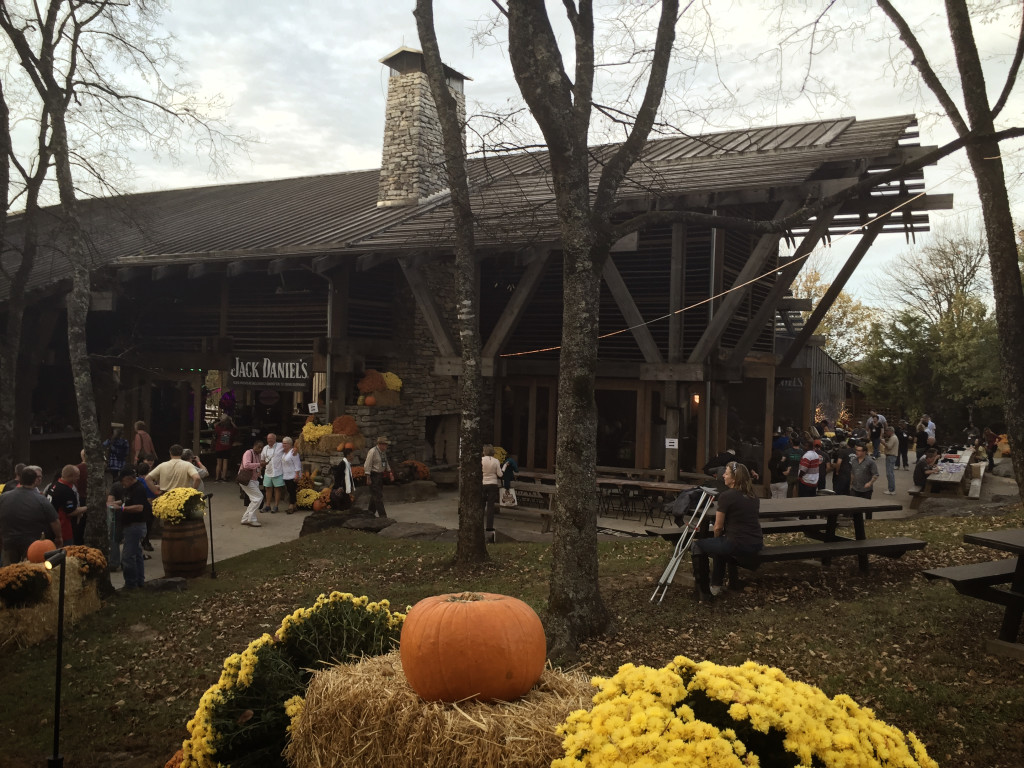 Starting at 4:30pm, teams lined up and began the parade down the sleepy town of Lynchburg led by the High School Marching Band. Flags from every state and country filed through the streets  headed towards the famous Jack Daniel’s Distillery. Upon arrival we were bussed up the long hill past the Jack Daniels mash processing. The view, food and music were all amazing, we watched the sunset down the valley and headed back to start the overnight BBQing.

The big meats—pork and brisket—went on the GMGs at 2am and we went back to sleep, letting them do their magic. We woke up at 6am to perfectly smoked meat and wrapped them up moving on to ribs and chicken. Everything turned out perfect, even our chicken breasts which were a new meat for us and a requirement at “the Jack.” 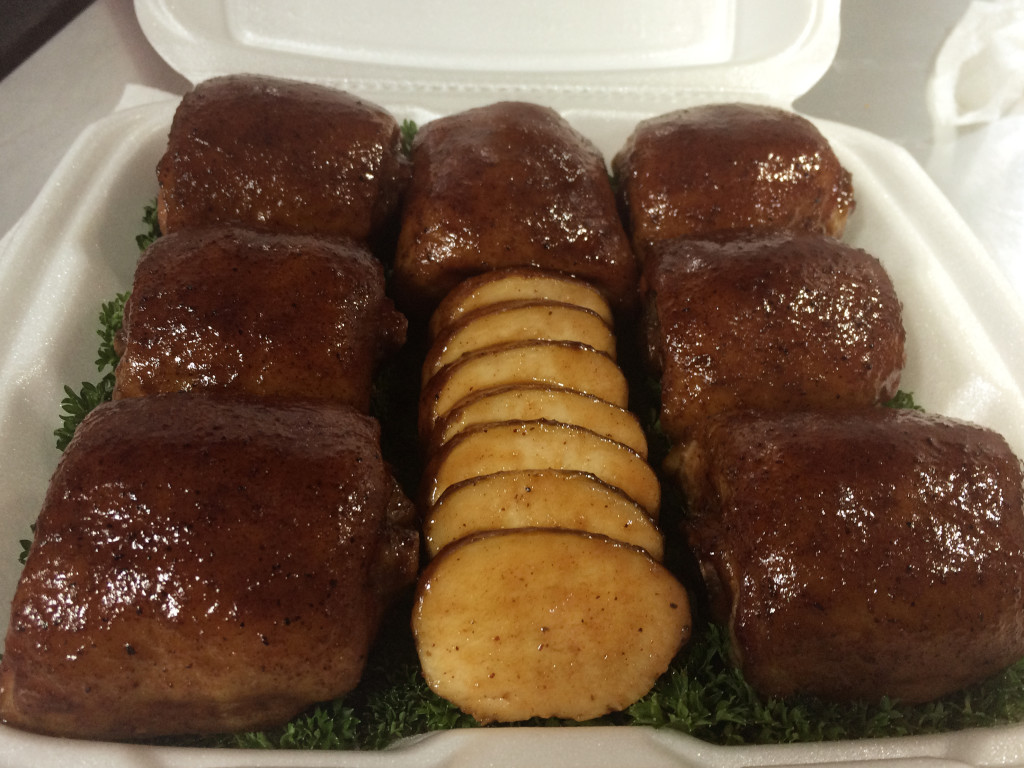 Outside of our trailer the crowds grew and continued to grow until the rain started to come down. The die hard BBQ fans braved the weather and we all gathered under the barn for the awards ceremony. Like most of the spectators sampling the BBQ, the barn was busting at the seams. 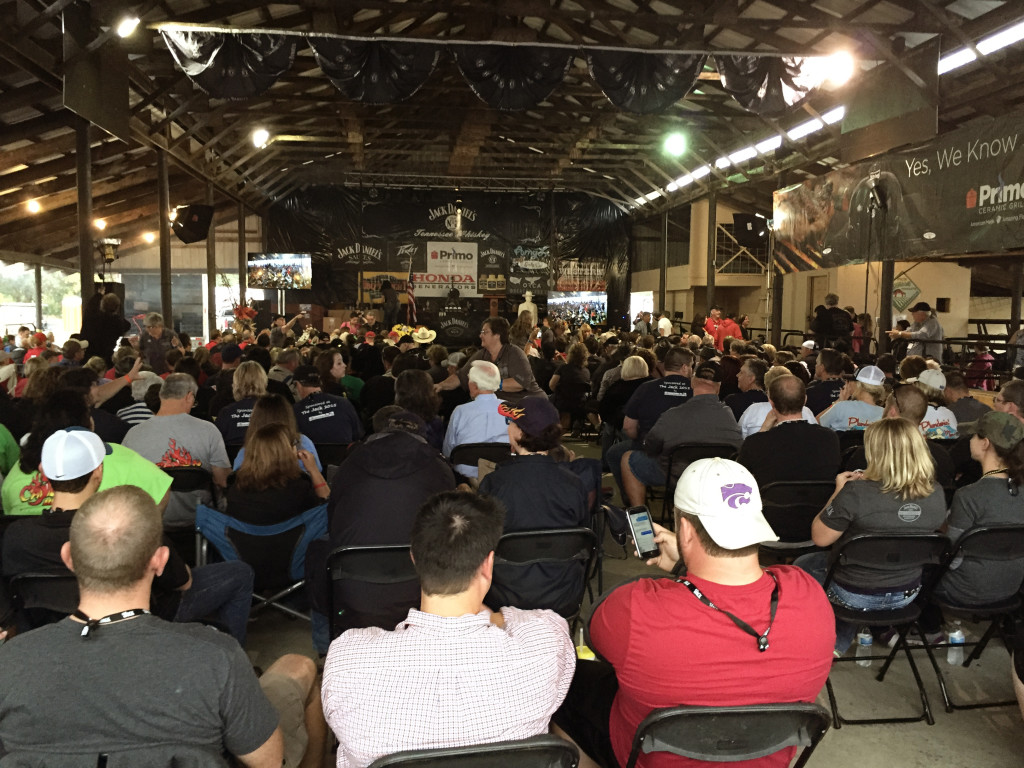 Besides the 4 main BBQ categories, “the Jack” competition also includes desserts, cooks choice, sauce and booth decoration. When they got to the BBQ categories, the sun had gone down and there was a chill in the air. Chicken, ribs, pork had all been announced with a few teams getting multiple calls including Cool Smoke and Smokin’ Hoggz. Down to the final category Brisket-10th place was Jacks Old South, 9th Rooftop BBQ…… we couldn’t believe it —hearing your name called at “the Jack” is a dream and a lifelong goal for many competitors. Overall winners were announced next with Smokin’ Hoggz 3rd, Parrothead Smokers 2nd and the Grand Champion Tuffy Stone with Cool Smoke. 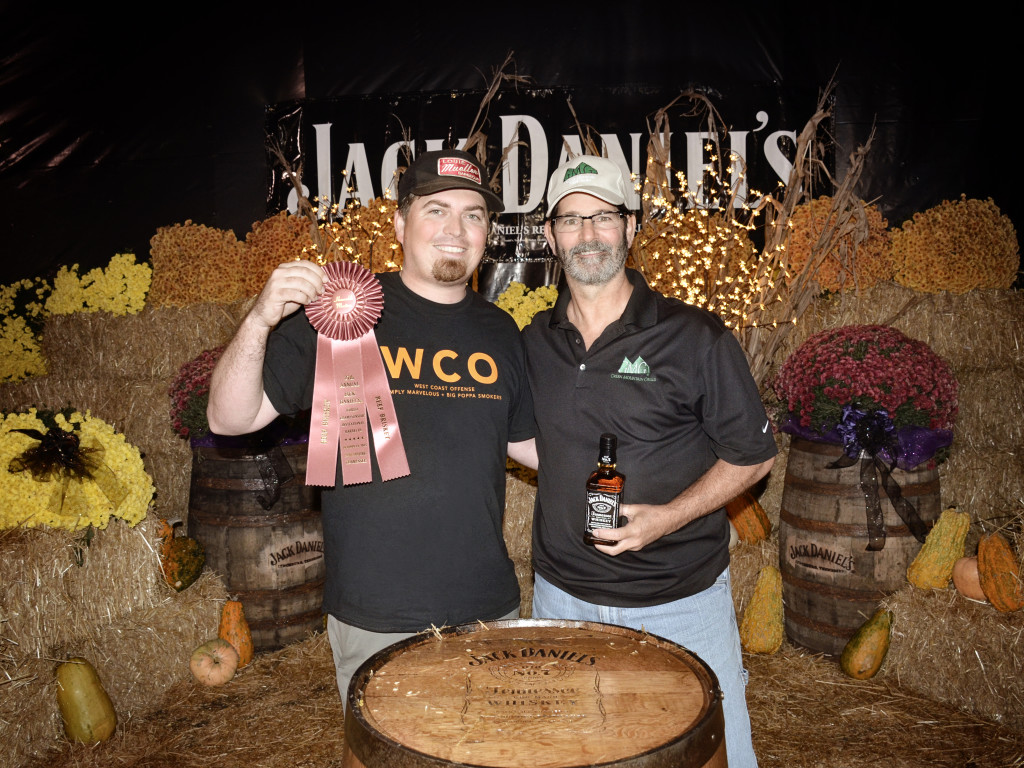 We packed up the trailer with a renewed energy thanks to our brisket call, said our goodbyes and congratulations to our friends. Looking back as we drove out of the holler, we hoped we’d make it back.

We are now on our way to Florida for the World Food Championships, please keep in touch using facebook, instragram and follow us live on periscope using @gmgrills.

Thank you to everyone that followed along with us at the jack awards live.