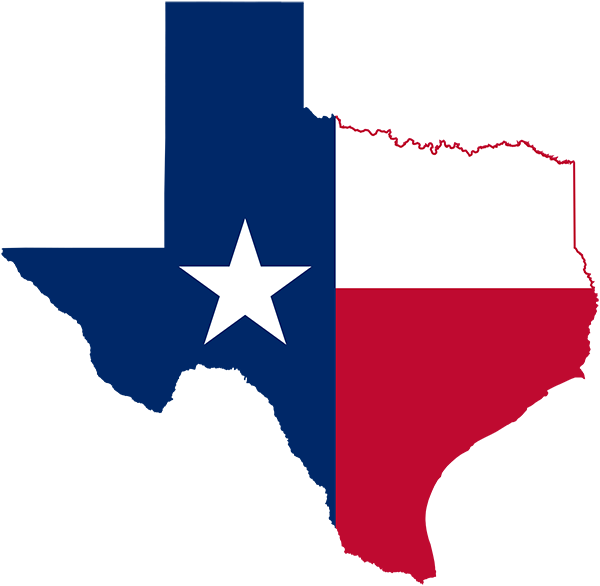 Pitmasters Delayne Crow of Four Crows BBQ was kind enough to talk to us about Texas BBQ.

Delayne-I remember my Dad cooking on UDS and off-set smokers for all the neighborhood. It was a simpler time before internet and such busyness and we spent a lot of time with our neighbors. The biggest gatherings were always at our house for BBQ and good times. The kids played outside and the adults cooked and hung out. I think the simplicity of this activity is lost in todays society and is also why I like to BBQ, to bring back the times of friends and family gathering for food and fun.

Delayne-I watched Pitmaster on TV, I wanted to do what they were doing and I jumped in and made 2 Ugly Drum Smokers and off I went. In the beginning my food was barely edible. Finally after lots of practice my BBQ started getting better. I entered into an unsanctioned “backyard” type competition and got 1st in Brisket, 1st in Ribs, 3rd in Chicken and was Grand Champion, that event had me hooked and I haven’t looked back since.

Delayne-I don’t think Texas has the best overall BBQ in the USA. Every area has portions of BBQ that are superior in one way or another. Texas is separated from the USA by the beef brisket, you cannot get brisket anywhere else like Texas brisket. BBQ is such a personal preference, I like sweet BBQ, but I don’t put any BBQ sauce on my meat at home.

Delayne-Texas is BIG, so of course we have sub regions of BBQ. The types of wood we smoke with is probably the main difference. In the Northern Panhandle they use Mesquite wood, Central Texas uses Post Oak and Pecan wood, and in Southern Texas they primarily use Post Oak and Red Oak for their wood. No matter what wood we use, beef is still the #1 meat throughout Texas and a basic 50/50 salt and pepper rub let the Beef shine. 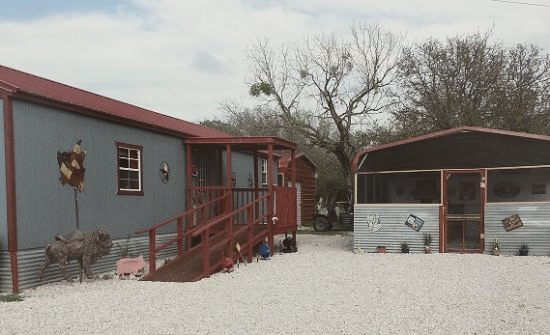 Delayne- Ritters BBQ in Lometa, TX, its a small, home-style restaurant with all the BBQ you can dream of. The owners, Doug and Carol Ritter are BBQ legends in Texas with calls at the Jack and American Royal. They also sell their line of rubs and injections there in the restaurant. If ever in Central Texas it is worth the trip.

Delayne-My favorite thing to cook are pork ribs and it’s also our highest placing category in competition. I think I like them the best because everyone thinks they cook a good rib, they may be good but they are not “competition” good, a competition rib is not something you will ever find at a restaurant or at a cookout, great ribs take some work but once you’ve had them there is no going back.

Rub with olive oil to make the rub stick

Then wrap bone side up in foil. 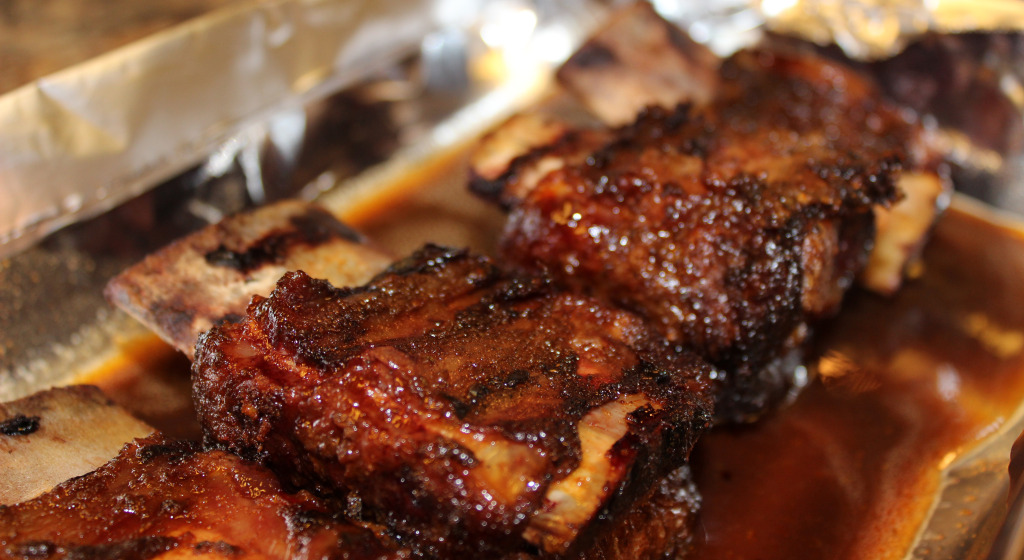