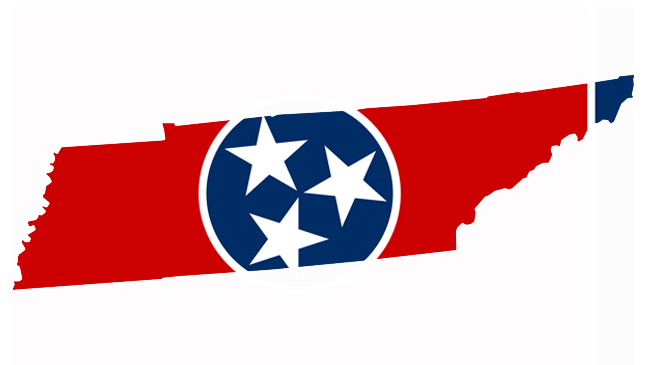 Tennessee the land of Dry Rub Ribs and the Blues. We Spoke with Michael McDearman, A great BBQ Ambassador and Spokesman from Cookeville TN 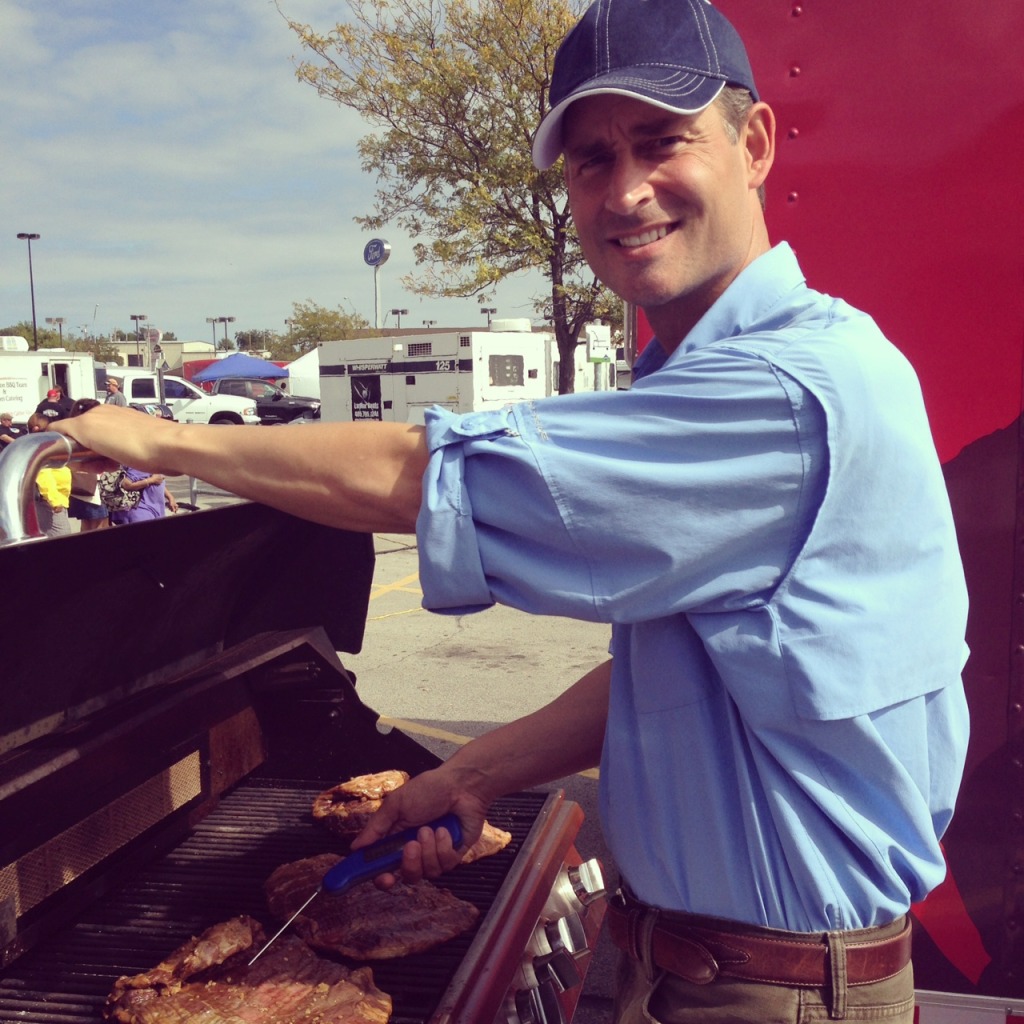 Michael– “At 7 years old I wanted a motorcycle. When I asked my parents for one, they had me go earn the money for it. I became a paperboy. On my route, I found myself slowing my bike down, breathing deeper…one of my customers was cooking outdoors. It was Tony Stone, a competitive BBQ cook so later went on to be the first non founder KCBS President. He took a few minutes telling me what he was doing. He never knew until a week before he passed away that he was the inspiration to my career.”

Andy- “In your opinion what make your state’s BBQ different/better then everyone else’s?”

Michael– “BBQ is amazing around the country. Just based on sauces alone, with vinegar, tomato, sweet, spicy and even those Alabama white sauces. In TN, you have Memphis which has a huge ongoing debate of dry rub or wet, then coming east to the rest of the state where you get more tomato based sauce BBQ. In Tennessee, we are such a hard wood producing state, lots of variety to choose from to flavor our food. Red oak, hickory, fruit woods, nut woods…so BBQ varies from Memphis on the river to Nashville in middle TN and East TN mountains near Knoxville, simply based on the wood. Now in Memphis, a spicy dry rub is typical and puts the meat as the feature of the show! No hiding with glazes or sauces. It’s about the meat!”

Andy- “What is your favorite BBQ restaurant in your state? Why is it so good?”

Michael– “The rich BBQ traditions that are in Tennessee make this a tough question. If push came to shove, I would have to say venturing down to an area of Nashville called the Gulch. There you can find Peg Leg Porker. Pitmaster Cary Bringle puts out some terrific Memphis style BBQ right in downtown Nashville. He even went to visit the folks at James Beard to share his knowledge recently. Top notch and highly recommended.” 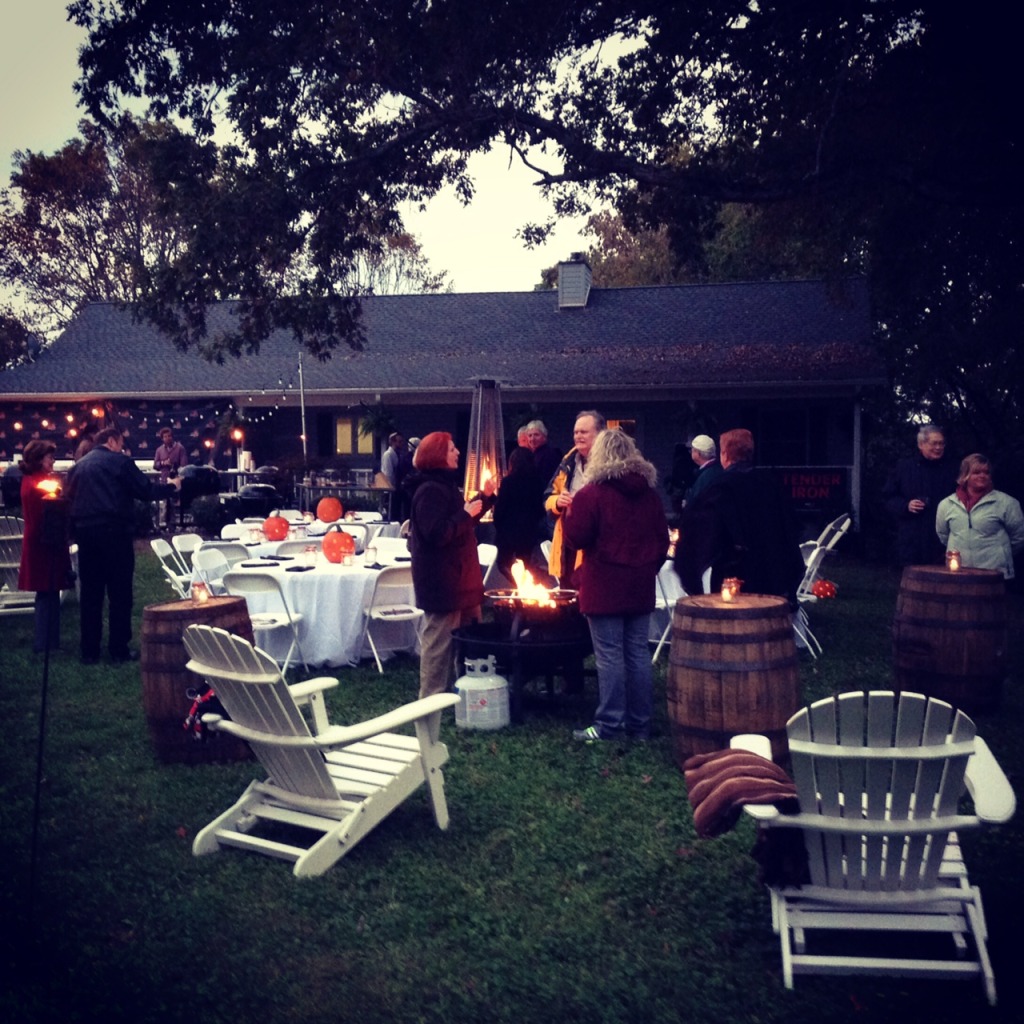 Andy- “What is your favorite thing to make on the BBQ?”

Michael– “BBQ is about the memories and the people for me. We have a special story that goes along with a particular cheesecake recipe of my Great Grandmother’s. It’s all heats and eats! Just controlling the fire and making anything you like!”

Pork can handle lots of flavor profiles. Looking for a more tender or juicy pork chop? Try soaking chops or smaller pieces in buttermilk less than 2 hours. Then pat off the excess and cook like the recipes say. Yum!

~Take a paring knife and cut finger sized slits (about 10) in evenly spaced locations (preferably from the top to preserve any juices). Spread the peppercorns, garlic and rosemary (after you have slid your fingers against the leaves to get them off the stems) in the holes evenly throughout the pork loin. Generously coat the outside of the loin with Creole Mustard. Set in a roasting rack or on a wire rack. ~Don’t be afraid to add a bit of thin blue smoke during this cook. Preheat your smoker or grill (indirect heat) on 350 degrees then cook for approximately 50-55 minutes till the loin reaches 145 degrees internal temperature. Pork recently changed its food safe temp and can be eaten at a medium rare. If you like it a bit more done, find that internal temperature you desire. If you like it more of a medium to medium well go for 155 degrees. Let the meat rest for 15 minutes, slice and enjoy!